This “Pilot’s Tip of the Week” was originally published on 4/18/2018. To get free tips like this each week, subscribe at the bottom of the page.

"With all the fancy gadgets we have in cockpits these days, it's easy to become distracted and forget to look outside. When entering the traffic pattern, I stop looking at my traffic display and start looking outside for other aircraft. Thoughts?" - Nick L. 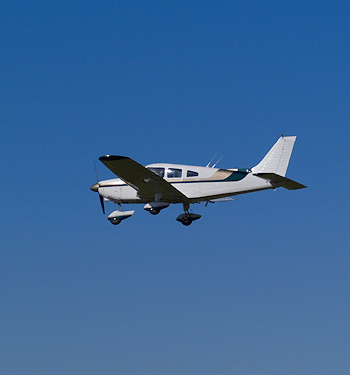 “From a priority perspective, what could be more important than not hitting another airplane? Our heads must be on a swivel. We have so many blind spots in any aircraft that we must proactively be looking outside whenever possible.

One of the saddest (and common) scenarios I’m familiar with was a gentleman flying a Cessna 172 at his own airport who died when he was struck from above and behind on final approach by an aircraft which entered the traffic pattern on a high right base.

While this pilot never saw the other aircraft and didn’t feel the need to look on right base, the aircraft that killed him was in his field of vision both on downwind and base leg had he been looking for him. Yes, he could have saved his life had he been more actively scanning for other aircraft.

Another mid-air collision occurred on short final when a student pilot struck another aircraft from above. Neither aircraft ever saw the other! Nobody died so I got to talk with both pilots. The student pilot was pretty busy just trying to fly a good pattern while the other pilot admitted to being really busy pointing out landmarks to his passengers.

Do we let our radios do our clearing for us? Do we assume that by announcing our intentions everyone else will stay out of our way? Remember, there is no requirement to even have a radio at non-towered airports.

Obviously, operating at or near an airport is our most vulnerable time for a mid-air collision. With all our technology, complacency at any time could cost us our lives. Brief all passengers to help out but as pilot in command, avoiding other aircraft is a top priority.

Our heads must be outside whenever possible.”

When flying in the airport traffic pattern, do you use onboard equipment to locate other aircraft?